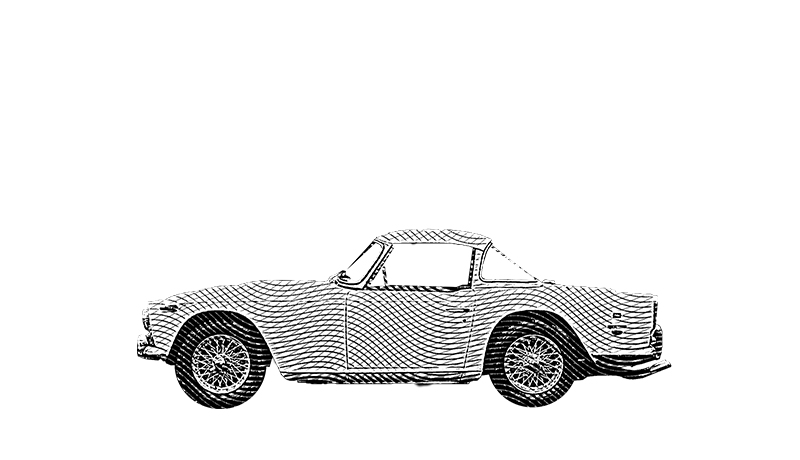 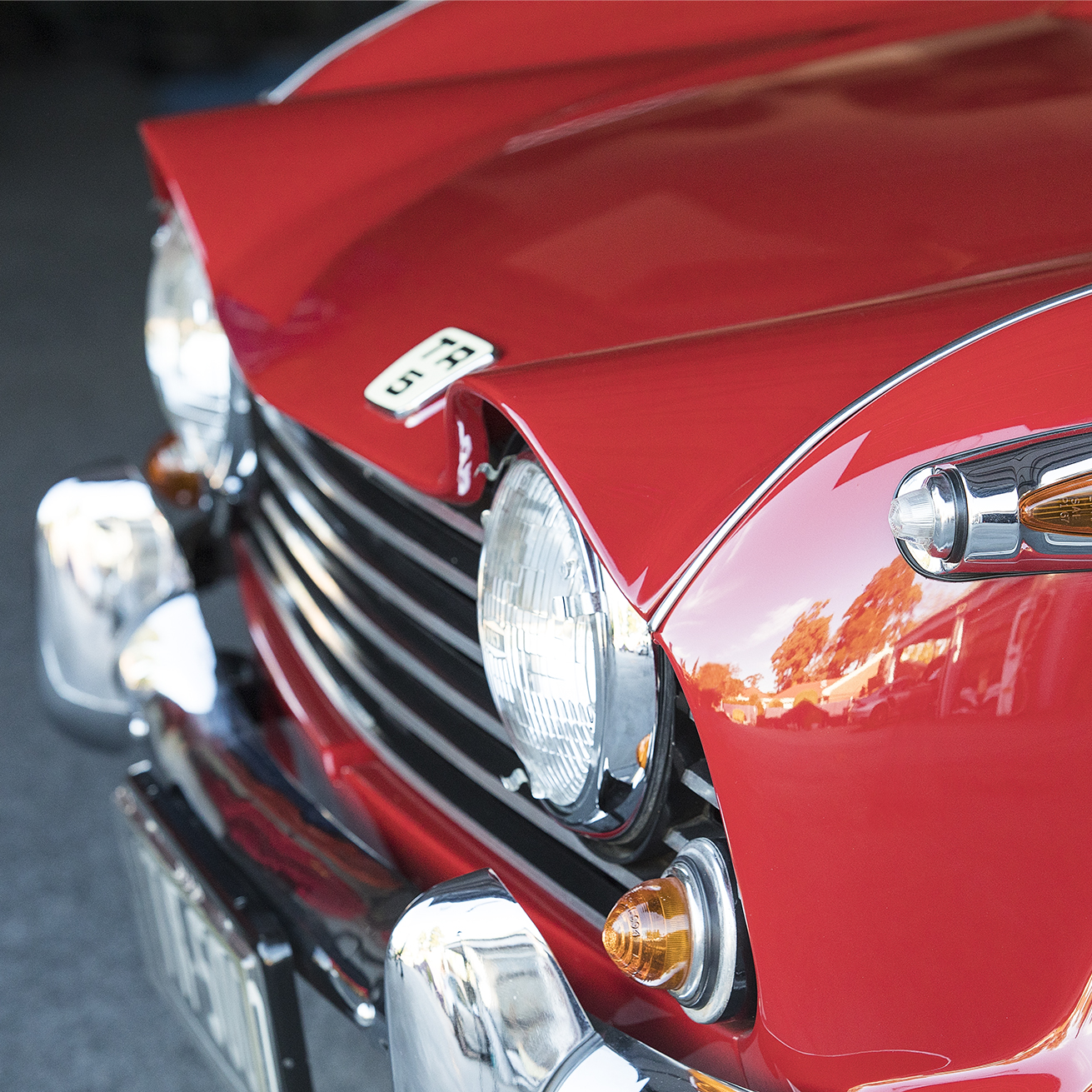 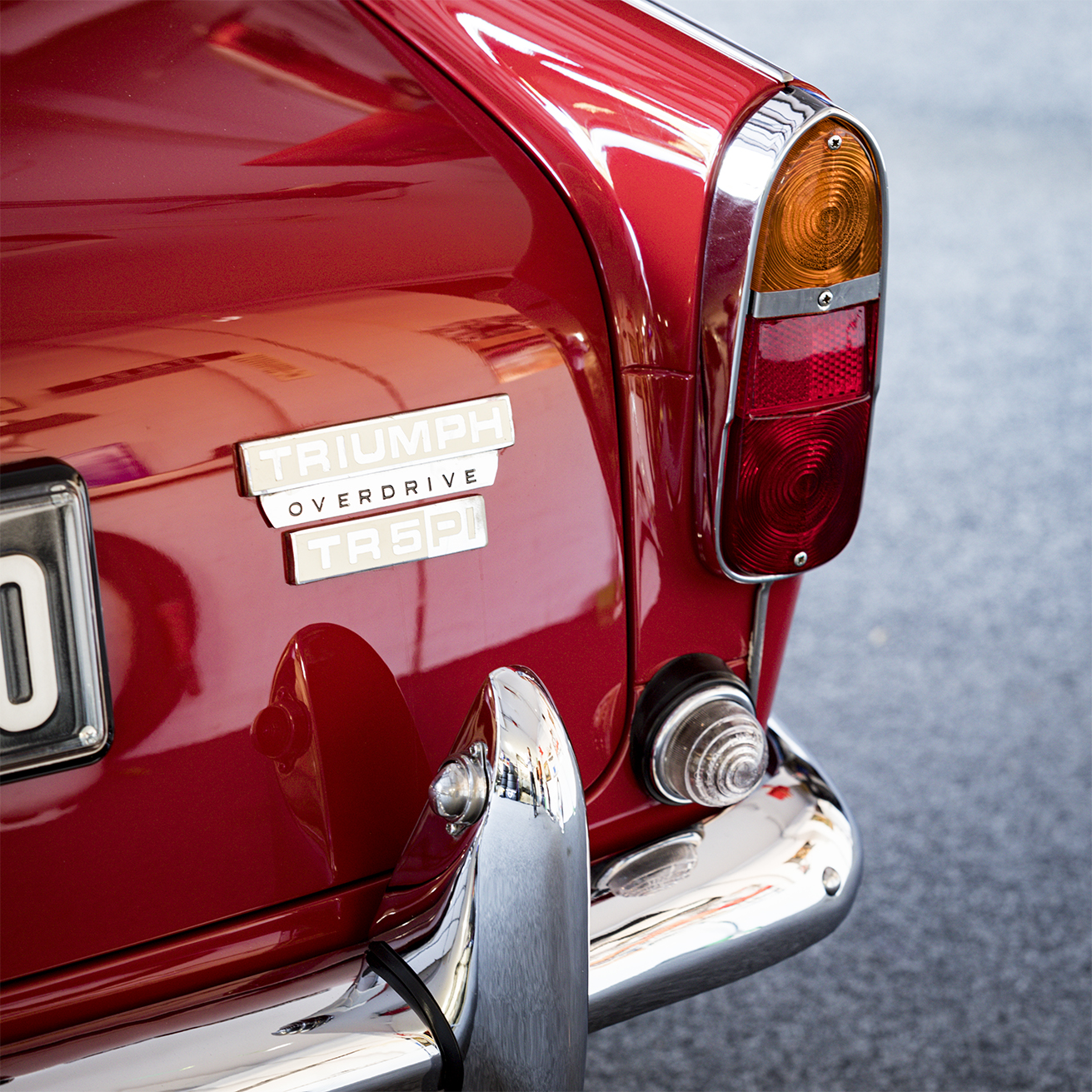 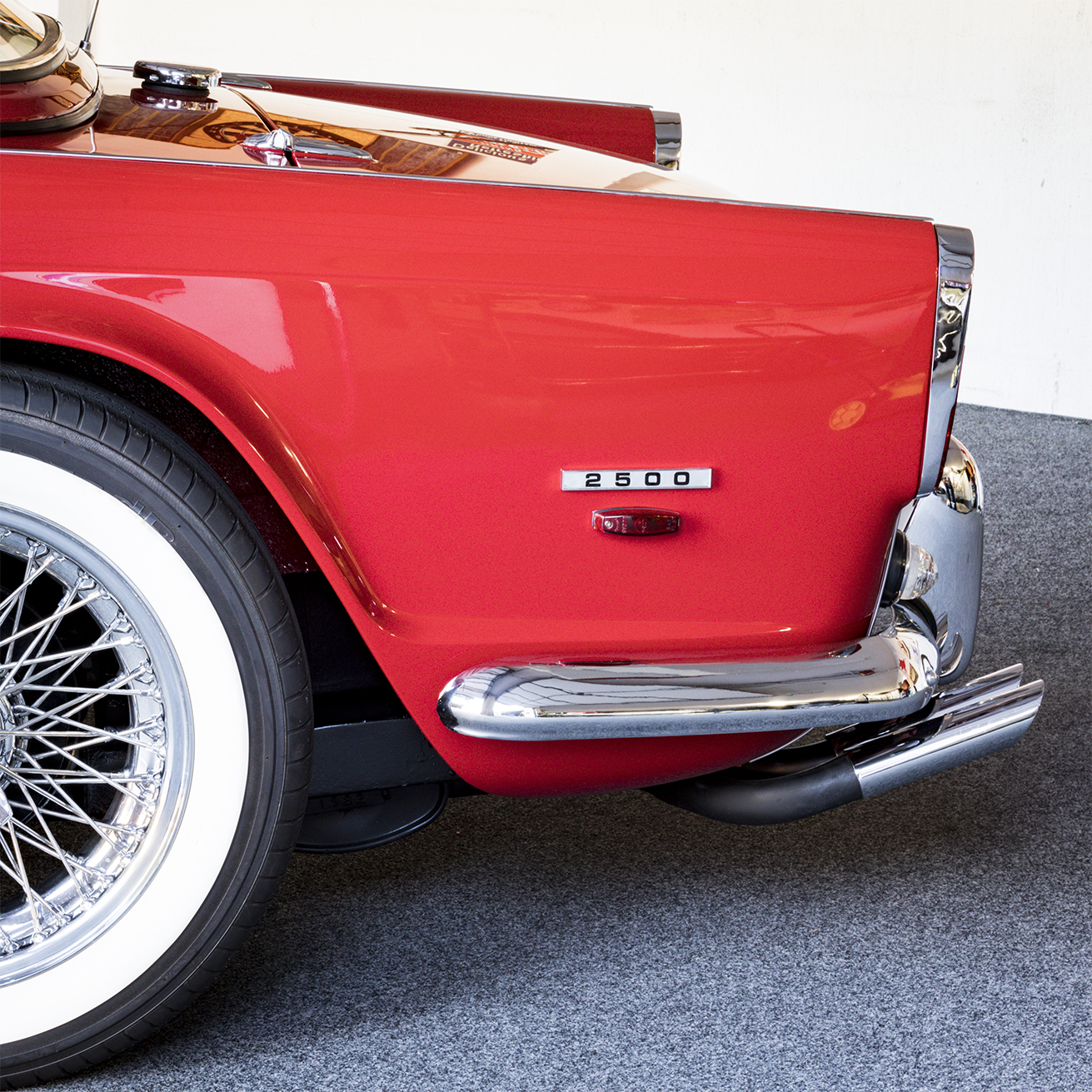 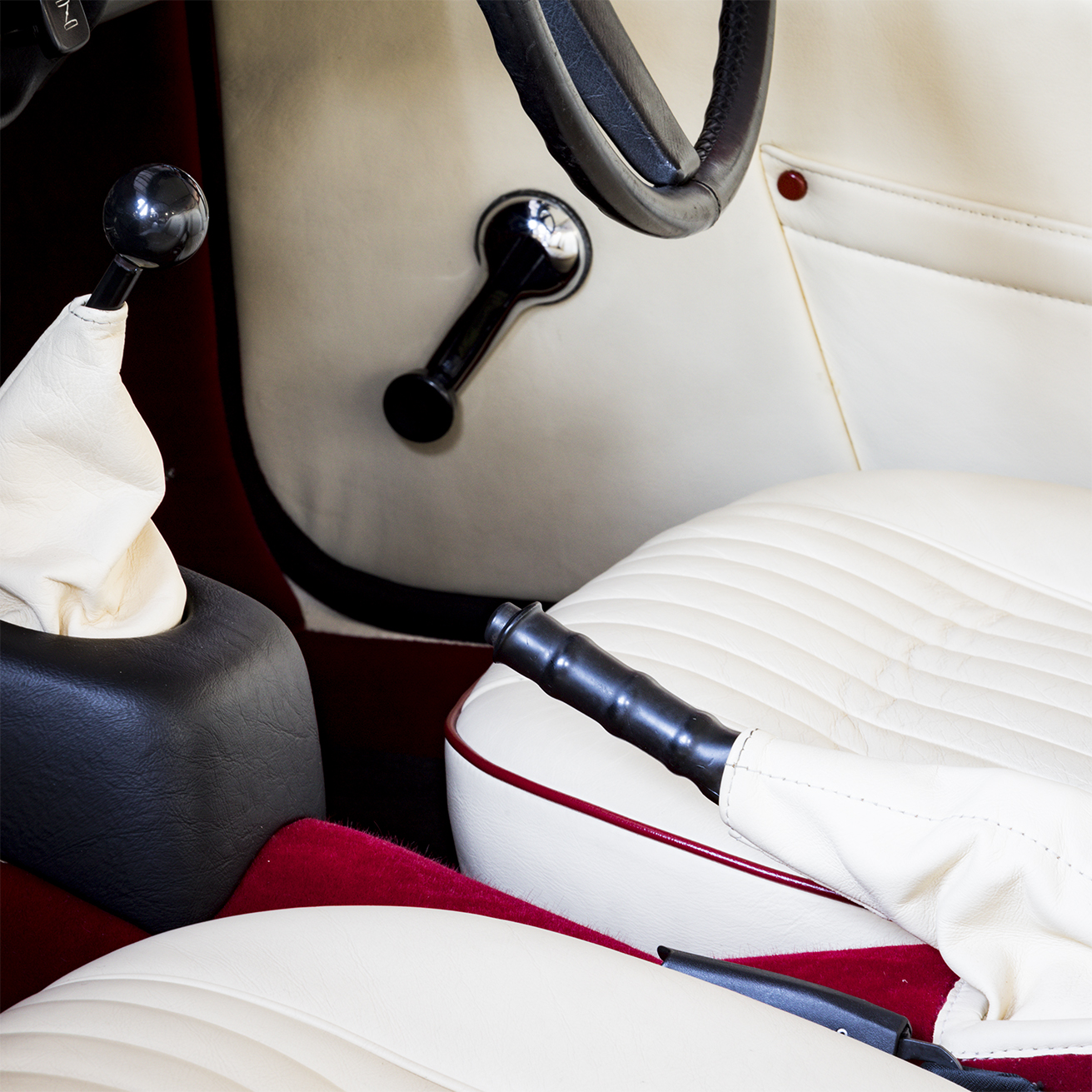 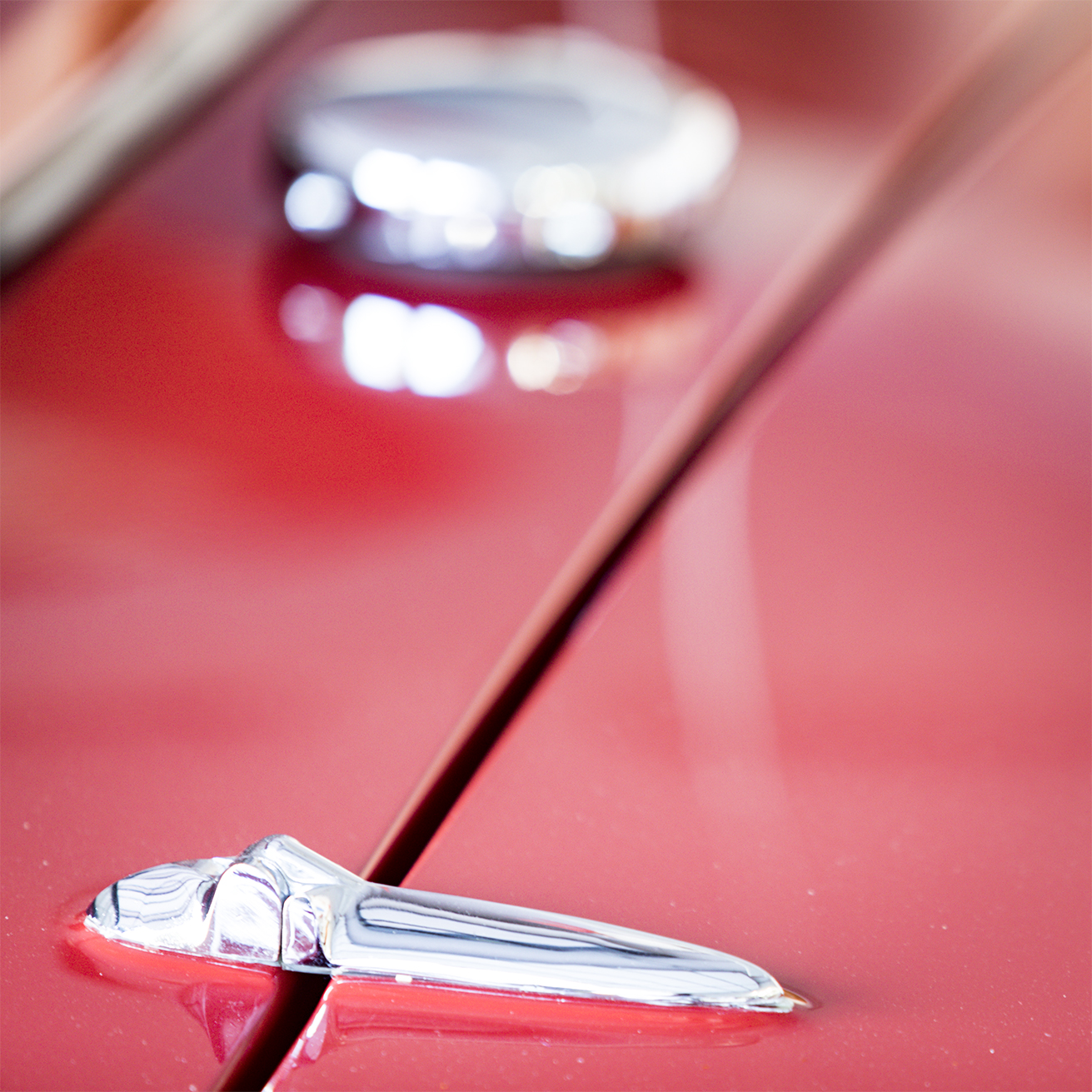 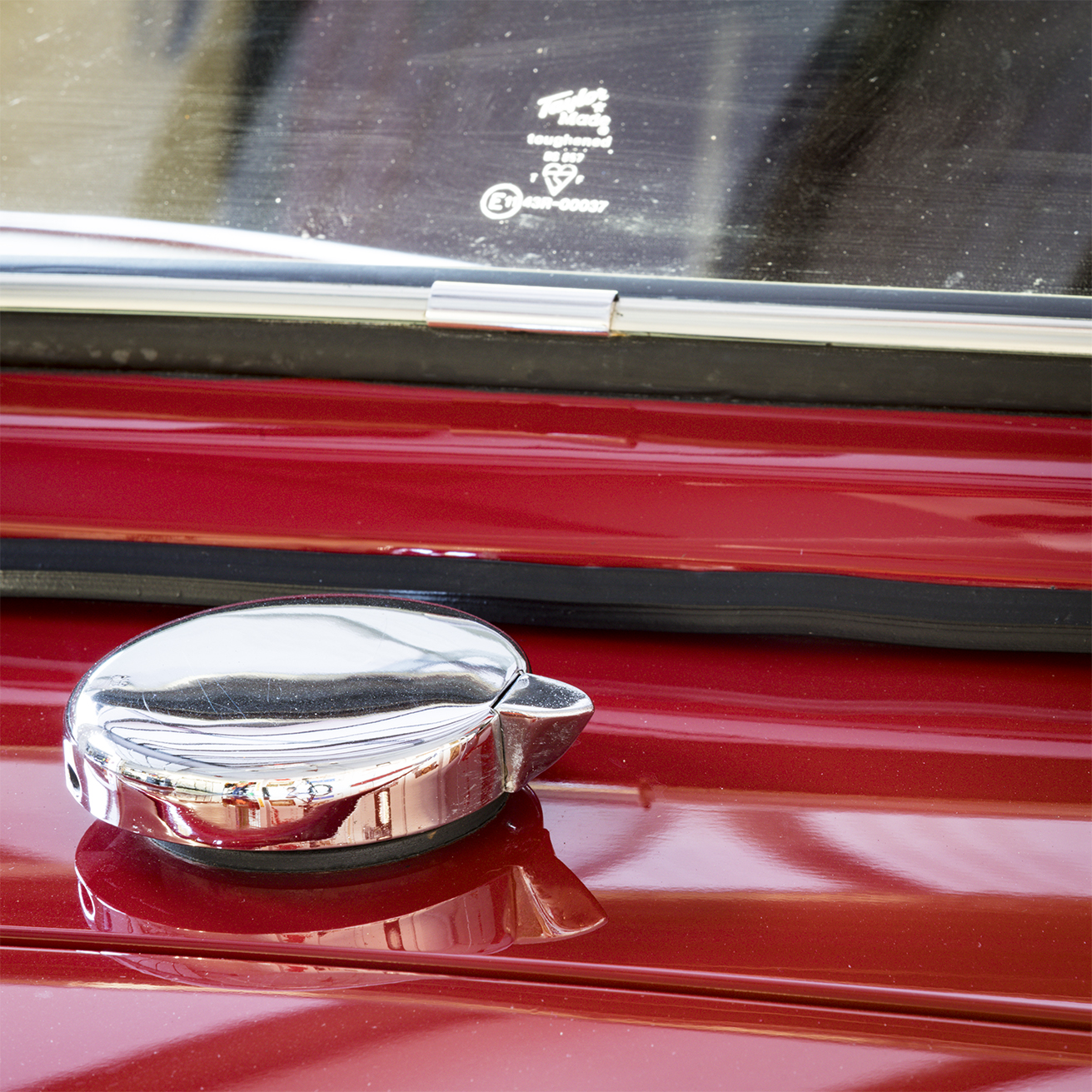 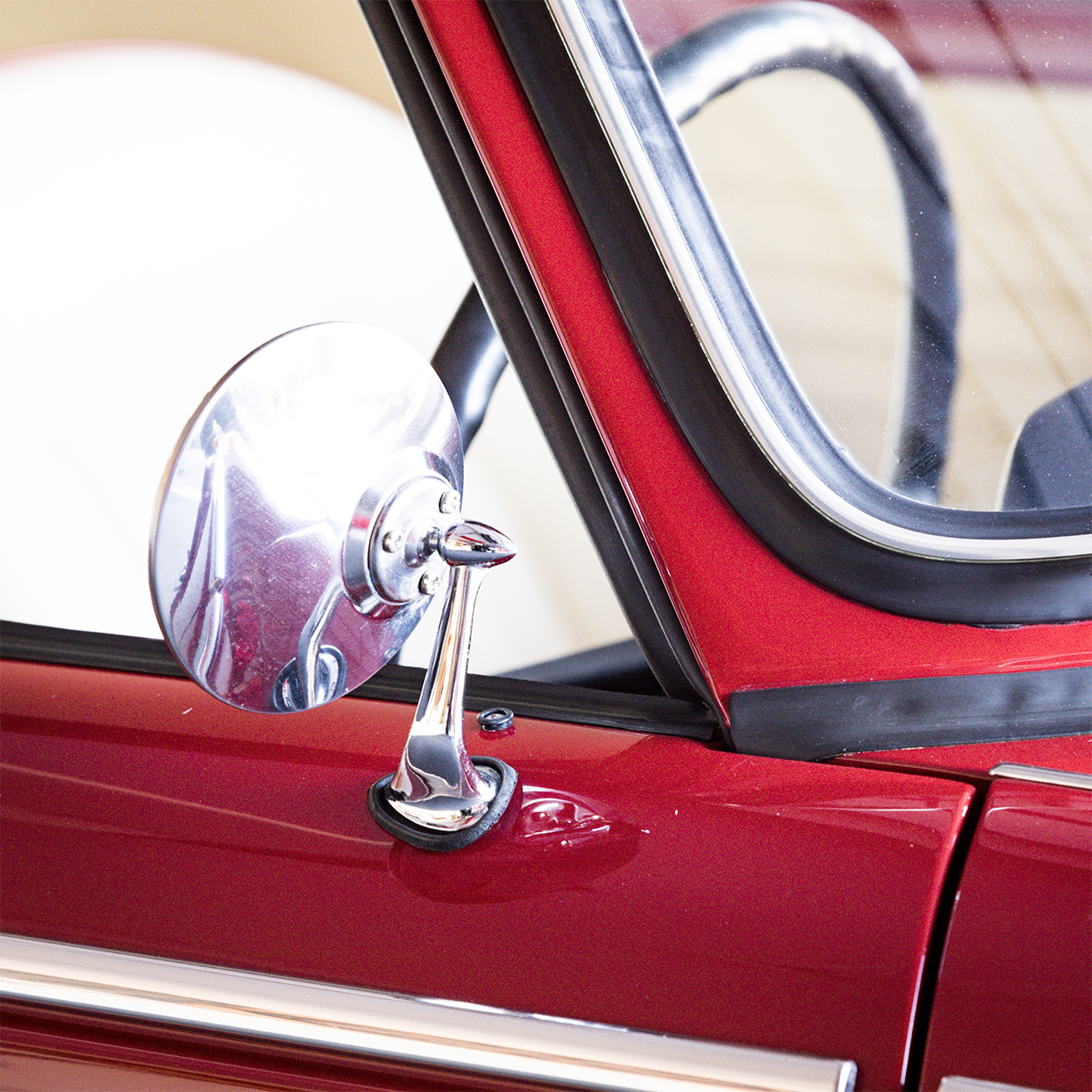 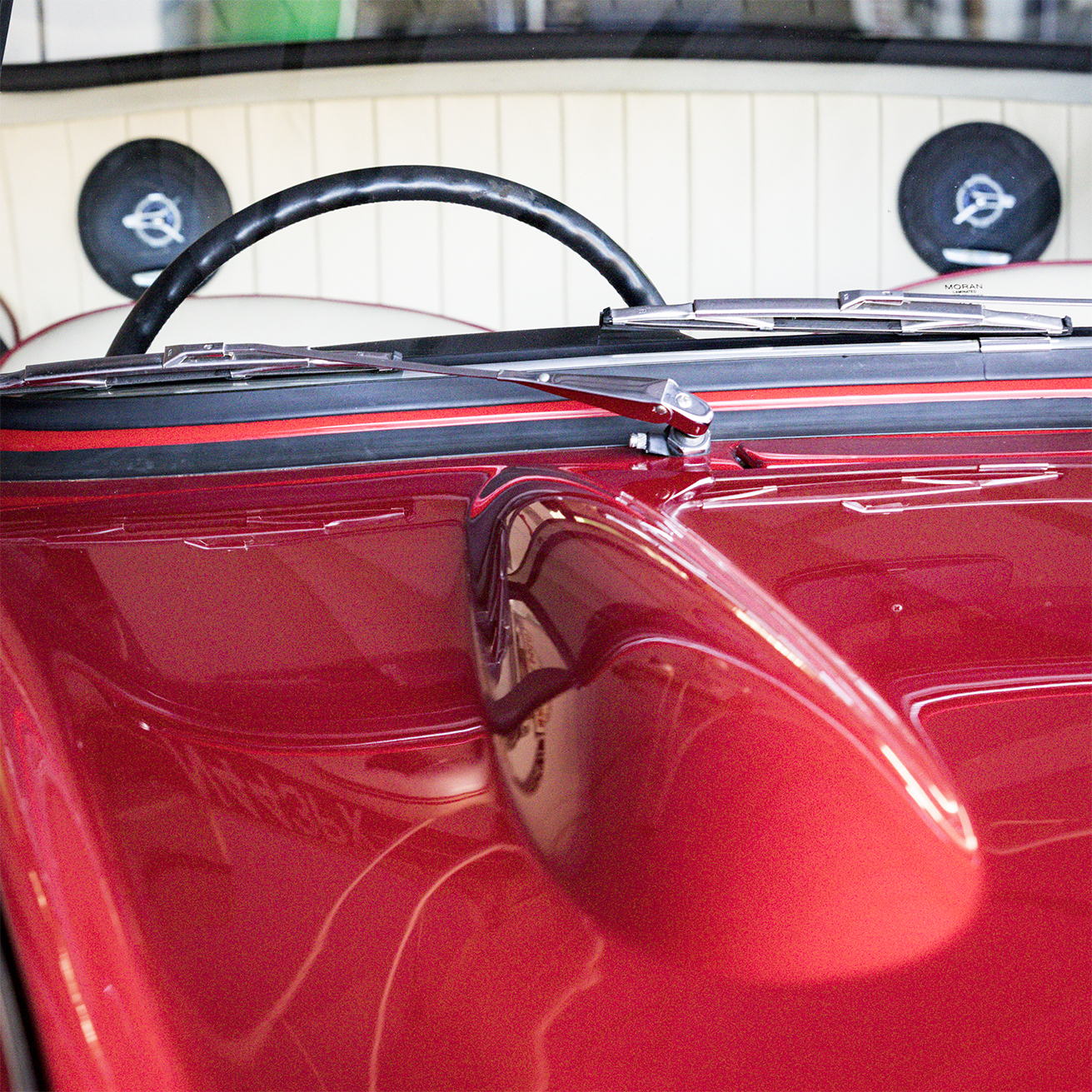 This is the probably the most pampered car I've photographed so far.
Rob is an engineer and as you would expect, he has been restoring every detail of the TR5 to the millimetre (except for the wheels that he preferred to be 16" instead of the original 15").
It took him three years in his spare time to bring it to this condition, so pristine that you would hardly find a trace of dust.
The car lives in a air-tight bubble, fed with fans that work around the clock to maintain a standard temperature and humidity, so nothing can affect it. The paint looks as new as the day it was applied 20 yeas ago when Rob brought this car from Sydney after years of specifically looking for a TR5 ..
By the way, I rarely look at the engine of a car, but this one was a pleasure to look at... It was certainly cleaner than most of my kitchen utensils at home.
I asked Rob about the very stylised bulge I saw on the bonnet, and he explained, that this was done originally to have room for the carburettors in the previous model TR4, however this was the first British production sports car with petrol injection, so it didn't actually need the bulge (although a carburettor version – named Triumph TR250 – was manufactured for the US).
In any case, and only for aesthetic reasons, I think this bulge adds a touch of distinction and looks quite nice.
Another feature that I don't remember to have seen in other cars for this project, is the shaped bonnet to cap the headlights.
I got so much information from Rob that I'm surely missing quite a few important details, but before I forget this one: the wheels also have a three point spinner, whereas I only remember seeing these wheels with a two point spinner.